We have been reading this fantastic book by Steve Jenkins and Robin Page called How to Clean a Hippopotamus and are learning all about symbiotic relationships – today we read about the oxpecker, also known as a tickbird and how it hangs out with some pretty large animals doing a very important job. 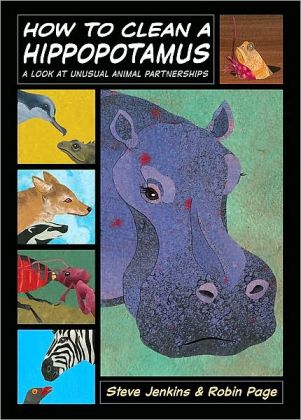 We drew some pictures of what we learned today and tried to explain how all the animals in a symbiotic relationship benefit.

Ricky writes: The oxpecker is a really nice bird.  It eats ticks from the giraffe.  Ticks are small small parasites that use your body as a home.  But ticks don’t go only on giraffes! They go on rhinos, buffalos, zebras, giraffes and deers.  So the oxpecker can have lots of food.  These animals can’t get the ticks out of their body because they’re not like us.  So the oxpecker can help by eating. These are African animals.

Scott explains: The oxpecker helps the giraffe by eating the parasites.  Also they scream and flap their wings to warn the giraffe so the giraffe could run away or kick predators with their legs.  Because the oxpecker loves eating parasites, it spends time on large animals.   Scott also provided some definitions: A parasite lives on a host.  They are annoying.  A tick is a parasite.  A predator means that they hunt animals.  They hunt them so they could eat them.

We can’t wait to read about more unique animal relationships in this book!