It’s time for Top Ten Tuesday, a meme created by The Broke and Bookish. 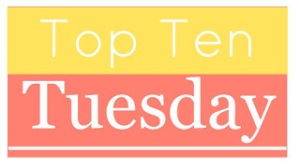 I decided to focus on books I have read and loved: 5 of my favourite picture books and 5 of my favourite MG/YA novels. I love fairytales and stories with nuances of fairytale elements. But, I am very particular. It is a pleasure to share what I consider to be some of the very best in this list.

The Cat, the Dog, Little Red, the Exploding Eggs, the Wolf, and Grandma written by Diane Fox and illustrated by Christyan Fox

Hilarious. Kind of like having a backseat driver “helping” tell a story. Annoying for the narrator. Amusing for the readers. Little Red Riding Hood like you have never before heard it.

This lovely little read manages to link to many classic fairy tales while telling a great original story and poking fun at just about everything! A pig and a princess switch places and the happy ending is not what you might predict.

Me and You by Anthony Browne

Browne tells simultaneous stories, letting us into the world of Goldilocks while at the same time we revisit the familiar story about the bears.  On the left, sepia images of the little girl, out on an errand with Mom and then suddenly, lost. Her story is wordless, told just through the images. On the right, we follow little bear and his Mummy and Daddy as they head out for a walk and then return home to find a stranger in their home. A version of the Goldilocks story that we are very familiar with. This story blurs the absolutes of fairy tale right and wrong and introduces a lovely element of empathy. 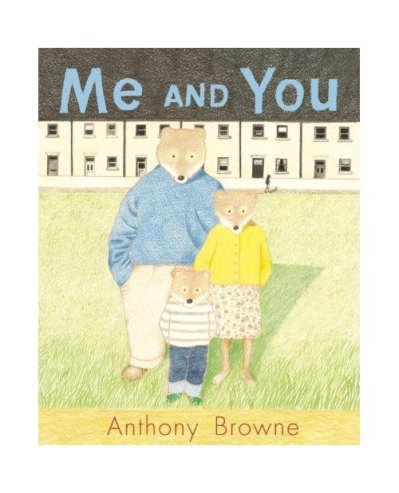 Certainly not the Three Little Pigs story we thought we knew! A fan of pig power? Girl power? Stories where the bullies don’t win? This book delivers! Kiya!

This book is told from the perspective of the pea! A pea, who plays quite an active role in the outcome of this tale . . .

Rump: The True Story of Rumplestiltskin by Liesl Shurtliff

Such an interesting twist on the fairytale we know. Loved reading this aloud to my class. Why is this book so special? The children loved the whole idea that this was the “back story” of a well known tale. They felt they were in on some secrets! And what characters! We were rooting for Rump. We loved Red and the Trolls and Nothing, the donkey! We all agreed that the King and the Miller were terrible. The pixies fascinated us. Children begged and pleaded for me to read this book at every possible free minute of out day. 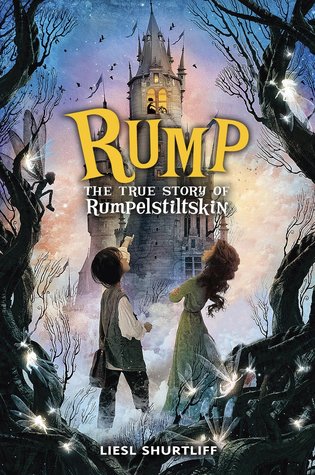 The Prince of the Pond by Donna Jo Napoli

The story of the Frog Prince but told from the perspective of the pond and the frogs. The prince is now a frog and must adjust to pond life and to talking like a frog. It is more difficult than it seems. Certain sounds aren’t possible thus, The Frog Prince is De Fawg Pin. Learn a lot about frogs. And their life cycle. Meet Jade, Pin’s mate. Despise the hag. Root for the froglets! Read this aloud to a group of children and prepare for spit out your milk laughter. Chortles. Giggles. Guffawing. The first in a trilogy. 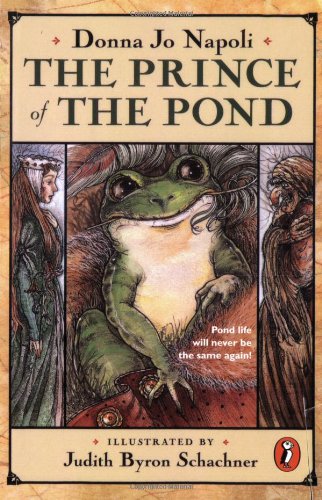 Inspired by the classic story The Snow Queen with all kinds of modern everything. Yet magical fantasy that feels utterly timeless. Read this to my children who loved the mix between fairy tale and real life and all of the references to stories and books they knew. Beautiful as a read aloud – the words just come off the page, swirl around and we are immersed in the book.

The Goose Girl by Shannon Hale

I became quickly hooked on all things Shannon Hale after reading this book and went on to read the complete Books of Bayern series. Fast paced. Lots of magic. Fantastic characters. The perfect book to get lost in.

Honestly, I was surprised by how addictive this story was for me. I thought it would be a light read but I was drawn in to the drama and intrigue despite suspecting some of the secrets unveiled late in the novel quite early on. Futuristic, fantasy/sci-fi with fairy tale elements and high drama.

What are your favourite fairytale retellings?